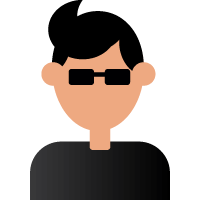 A few years ago, I started thinking about becoming more active. Instead of laying around the house and watching television, I started going out with my friends and doing what they liked to do. In addition to hiking and biking, I also tried motor sports. It was a little scary at first, but after I got the hang of it, the adrenaline rush was addictive. This blog is all about choosing the right ride, so that you don't have to deal with buyer's remorse when you check out your buddy's new motorbike. Check out these articles for tips and tricks that might help you to find the ride of your dreams.

The concept of a foreign car is becoming more and more confused with many domestic vehicles having numerous foreign components and foreign cars having domestic parts and assembly. If you are looking for a new car, be aware that what you are buying is probably part homegrown and part import, so no matter what you do, you are in some way buying a foreign car.

Many cars that people see as foreign are actually manufactured in the U.S. For instance, Honda builds the Acura RDX in East Liberty, Ohio, and 70% of its parts are made in the U.S. Other Acura models are made in Marysville, Ohio, and in Alabama. The Volkswagen Passat is assembled in Chattanooga, and the Toyota Tundra's home is in San Antonio. Foreign car makers do have extensive U.S. payrolls to meet. American Honda Motor company had a 2014 payout of 2.2 billion dollars for their U.S. workforce, while Toyota had a 2014 American payroll of approximately 29 billion dollars. These numbers do not approach the domestic payrolls of GM or Ford, but the numbers are still significant. Also, foreign car manufacturers end up paying taxes home and abroad, so they do contribute to the U.S. economy.

Some domestic cars are mainly produced overseas. Although the Ford Escape is mostly put together in Louisville, Kentucky, the engine and fifty-five percent of its parts are imported. Both the Dodge Challenger and the Dodge Charger are assembled in Ontario, Canada. All of the big three American automakers, Ford, General Motors, and Fiat Chrysler, have foreign manufacturing plants. Although most of the vehicles produced abroad stay abroad, some do come to the U.S. As a result, the movement to "buy American" vehicles does not really work anymore. The car manufacturing business has become a truly global commodity.

Many car buyers will be disappointed if they want to purchase a completely foreign or domestic vehicle. Most cars and trucks are a blend of both. Some domestic cars have foreign parts and vice versa. As a result, you should focus more on your personal needs and style when choosing a vehicle and less on where it was manufactured. You do need to search for qualified mechanics to work on your purchase, but you will find that many specialize in models made here and abroad. Manufacturing cars is not a regional or national concern, but a global one. For more information, talk to a professional like CIM Motorsports.